I arrived at Redline in February 2014 and now four months later, I am leaving with the feeling that I can take on the world.

Even though I have worked mainly on web design and development, I have been involved in everything from client meetings to general office tasks. I have worked on actual client projects and seen my own work become reality, which has been very educative, and for me as a web designer it has been an invaluable experience.

The Redline team was extremely trusting and made me feel that I really belonged. The atmosphere is the perfect mix of professionalism and informality. If I had to describe the team with one word it would simply be; AWESOME.

I have had the opportunity of working with a team that is as eager to teach as I am to learn – right from the get go – and I can only urge others to do what I did. Become an intern at Redline Company. 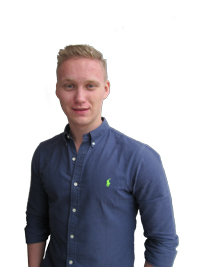