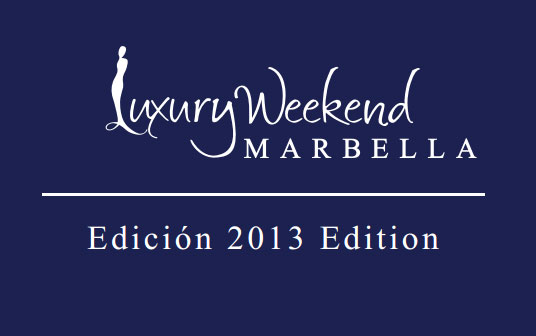 Put your glad rags on and your cheque book out, and make your way down to Puerto Banús for the Marbella Luxury Week between the 30th of May (tomorrow!) and the 2nd June 2013. The Mayoress of Marbella, Ángeles Muñoz, will open the show, explaining that the Marbella Luxury Week is a celebration of excellence and exclusivity in southern Europe.  Now in its third year, the show has already become a must-do event for anyone interested in jewellery, luxury cars, boats, glamorous gastronomy provided by Michelin starred chefs such as Dani Garcia (2 Michelin Stars) and fashion such as Gucci, Missoni, Salvatore Ferragamo