Redline Company was just awarded a Highly Commended at this year's Spring Festival logo competition by the Minister for Culture of Gibraltar. The competition allowed two entries per contestant and we presented 2 logos. Therefore the Redline team will be present at the awards reception on Thursday the 14th April 2011 at 4.30pm at the John Mackintosh

Hall in Gibraltar. We believe that it is important to take part in these kind of activities in our area, and last year we also participated in a similar competition for the anniversary of the Kingdom of Granada 2013. The actual winner of the competition has not yet been announced, but we are very honoured with our commendation. 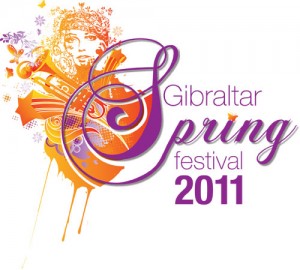